This post is sponsored by Chiquita for Mom It Forward Blogger Network. All opinions are my own.

Bananas are a snacking staple in our house, and Chiquita bananas are delicious!   Today we’re sharing our Chiquita smiles with you and hoping to win a Walt Disney World® vacation from Chiquita!  I’ve also got a giveaway for you on the blog, so be sure to keep reading. 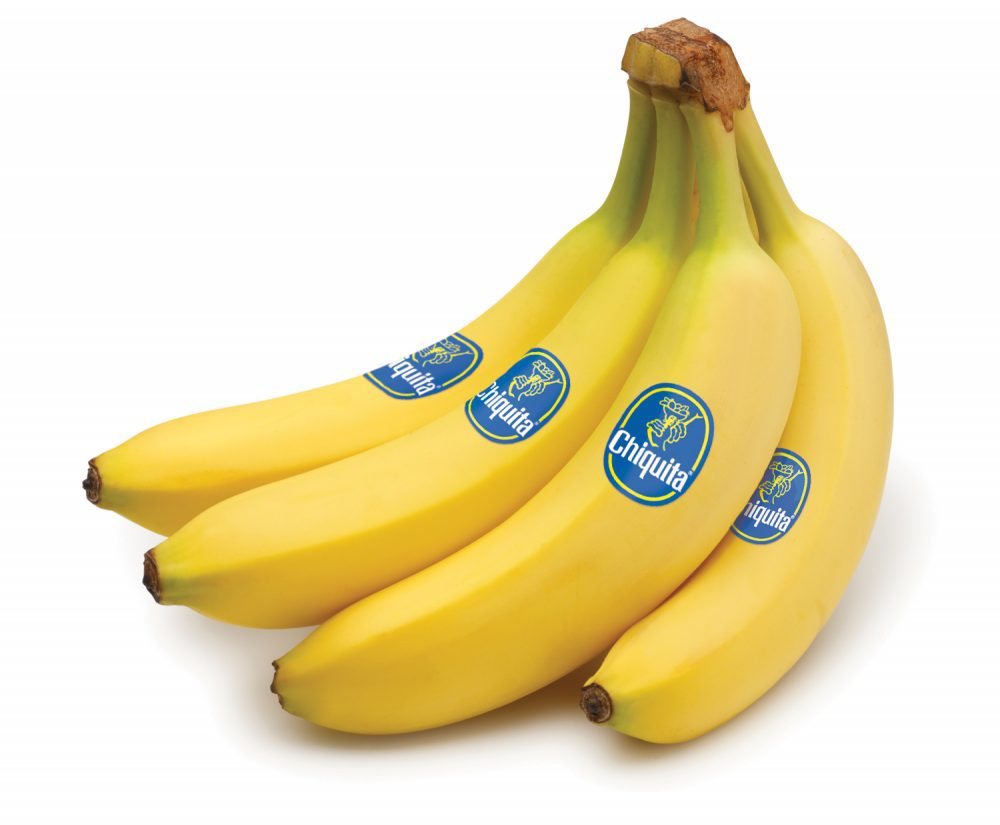 Share your Chiquita smile and you could win a Walt Disney World® vacation from Chiquita!  All you need to do is take a picture of your Chiquita smile, submit it at shareyourchiquitasmile.com, and get your friends and family to vote for you. 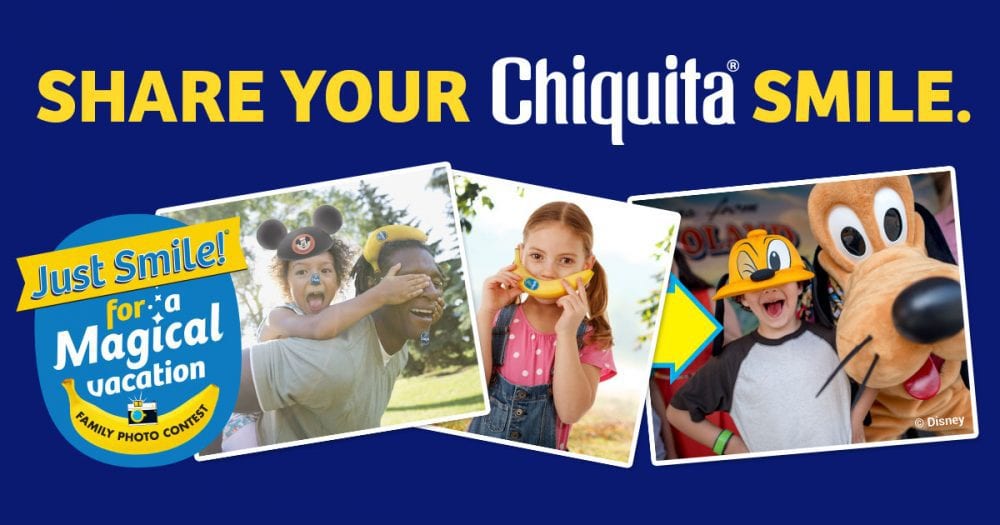 How cute are these kids?!  They thought it was so fun to have different Chiquita smiles!  They would be SO excited to win! 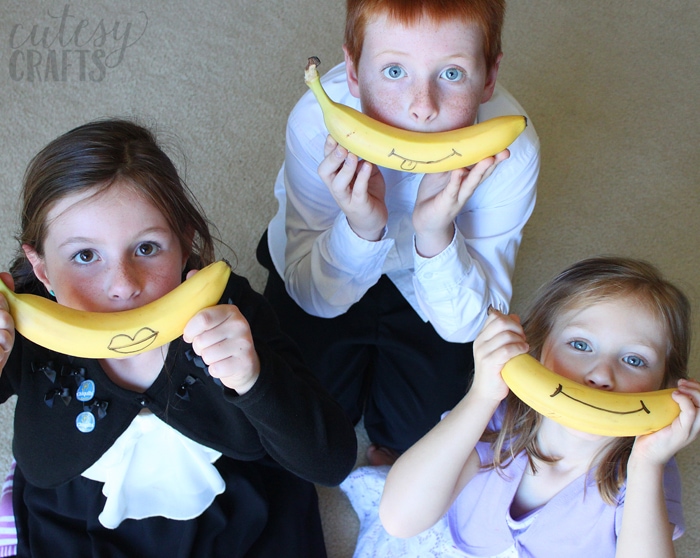 I had a little fun with it too. 🙂  You’ve gotta go check out the creativity of the entries over on the contest website!  So fun! 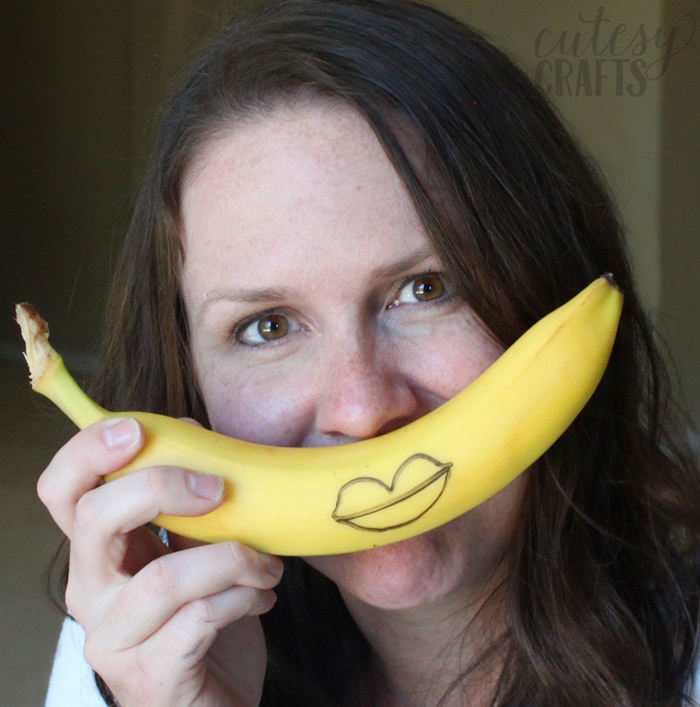 To get you excited about the possibility of winning, here are some fun facts about Disney parks that you may not know:

Disney’s Hollywood Studios®:
● DYK: The Twilight Zone Tower of Terror™ attraction located at Disney’s Hollywood Studios® is amongst the two tallest attractions at the Walt Disney World® Resort! Found out its height and speed here.
● DYK: Did you know that the ambitious plans to bring Star Wars to life in Disneyland® Resort and Walt Disney World® Resort include creating Disney’s largest single-themed land expansions ever at 14-acres each! Find out what this new land is for by clicking here.

Epcot®:
● DYK: There are 5.7 million gallons of water in the Caribbean Coral Reef aquarium in Epcot®! Read more here.
● DYK: Did you know that Epcot® was the second theme park to be built in the Walt Disney World® Resort? Find out more here.

Disney Springs™ Area:
● DYK: Located in The Landing section of Disney Springs™ area the theming and backstory of “The Hangar” was inspired by the fictional character Jock Lindsey, a seaplane pilot in the film “Raiders of the Lost Ark.” Read more here.
● DYK: The world’s largest Disney merchandise store just got bigger—and better—than ever! Found out more here.

Magic Kingdom® Park at Walt Disney World® Resort:
● DYK: Seven Dwarfs Mine Train is not like regular roller coasters, each mine car in this coaster is mounted in a cradle-like pivot, which allows it to swing side to side independently of the others. Find out more here.
● DYK: It’s a Small World® attraction appears in all of the Disney theme parks worldwide, including Paris, Tokyo, and Hong Kong. Read more about it here.
● DYK: Dumbo the Flying Elephant® attraction has been a Magic Kingdom® Park favorite since the park first opened in 1971 in California. Walt Disney World® Resort in Florida has now doubled the fun! Find out how here.

Pick, Pose, Post, Share and Get votes! Your best Chiquita smile could take you to a Walt Disney World® vacation from Chiquita!  It’s easy! Head on over to shareyourchiquitasmile.com to enter. 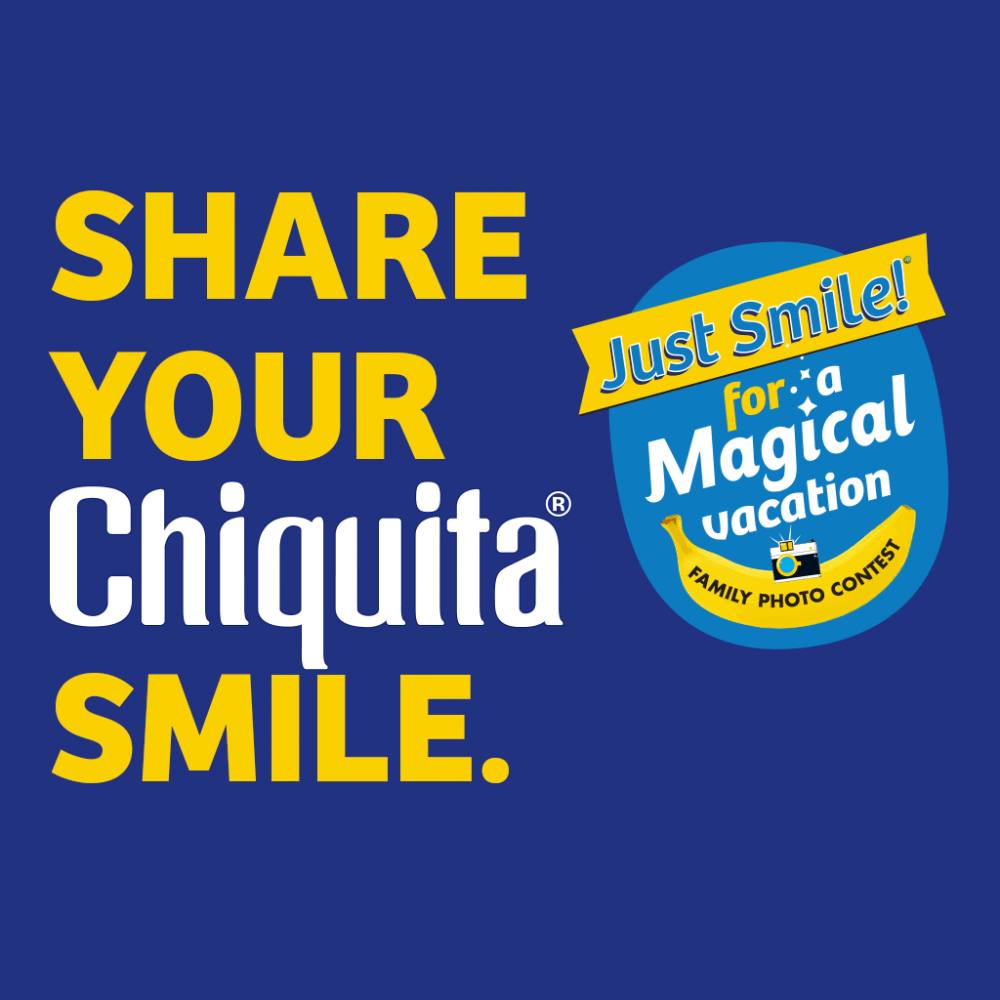 I love the bananas with the faces. So cute!

Thanks Alissa! We had fun with it! :)