Last summer, my friend Savanna did a little bit of service for her neighbor.  Her neighbor was frustrated at the lack of head covering options for little boys going through chemo treatment, so Savanna came up with a pattern to use.  We ended up having a bit of a sewing party at her house to make a bunch of them, and Savanna said I could post the pattern on my blog for other people to use.  She’s pretty talented, check out her Etsy shop here.  Get the free chemo scarf pattern here. 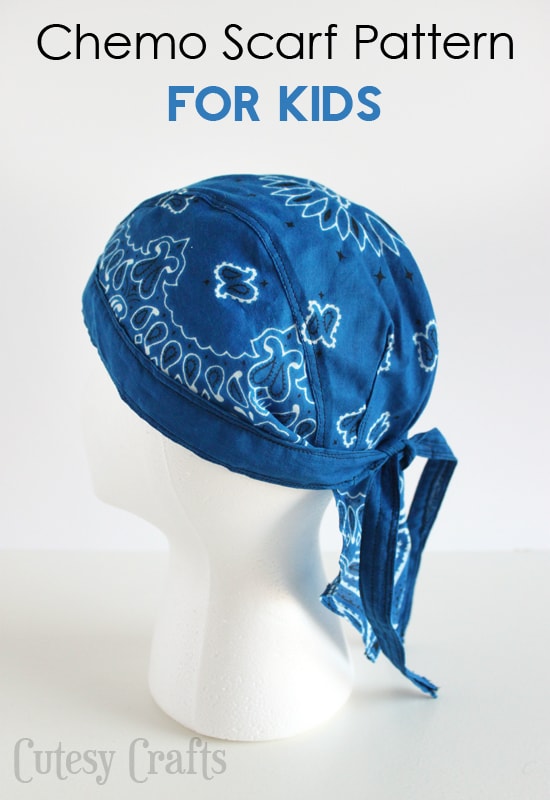 We made the scarves out of bandannas, which is great because the fabric is very breathable and they come in all different patterns and colors now.  The pattern that Savanna created has a “tail” on the back of it to make it look more like a tied bandanna, but you could adapt it to make it without as well. 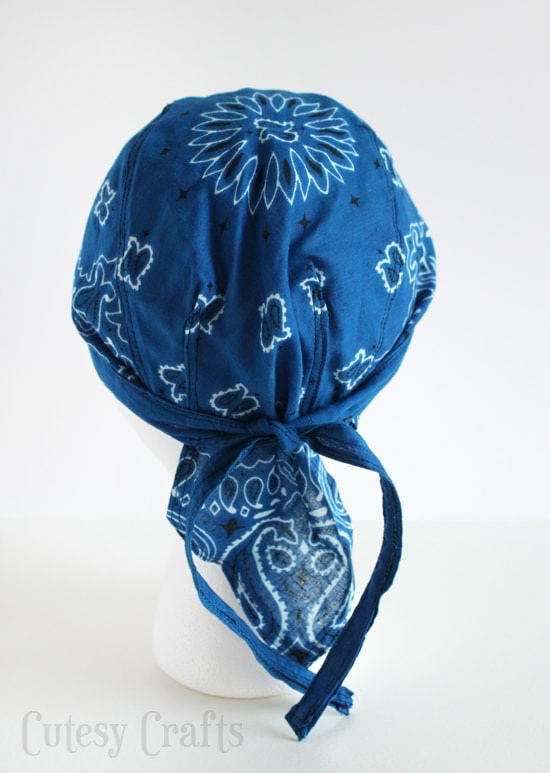 First wash and dry your bandanna.  Lay it down flat and cut off two of the sides that don’t have the brand stamp on them.  These will be your straps later on.  They should be about 2 3/4″ thick and 20″ long, but this doesn’t need to be exact. 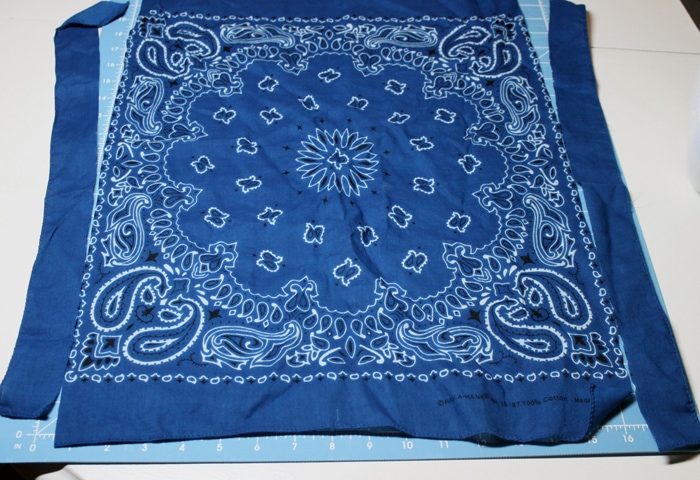 Lay out your pattern pieces on the remaining bandanna fabric like so. 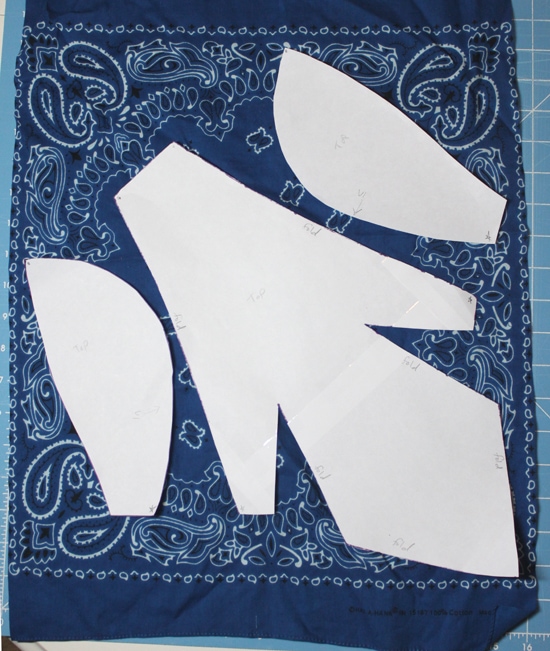 Serge or zig-zag stitch all of your raw edges, including the straps that you cut off earlier. 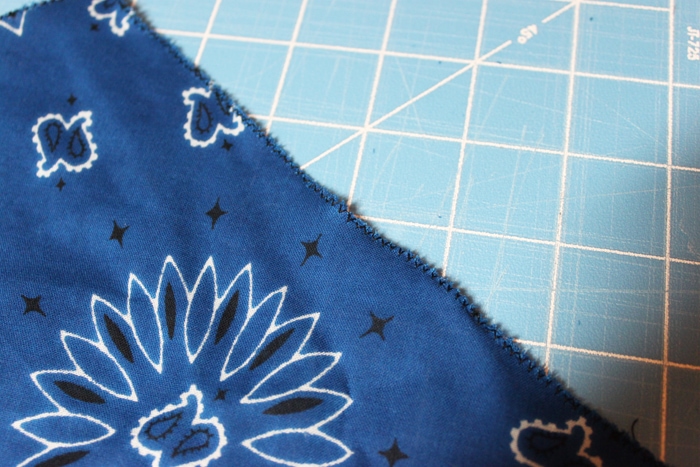 Fold and iron all of the edges indicated on the pattern. 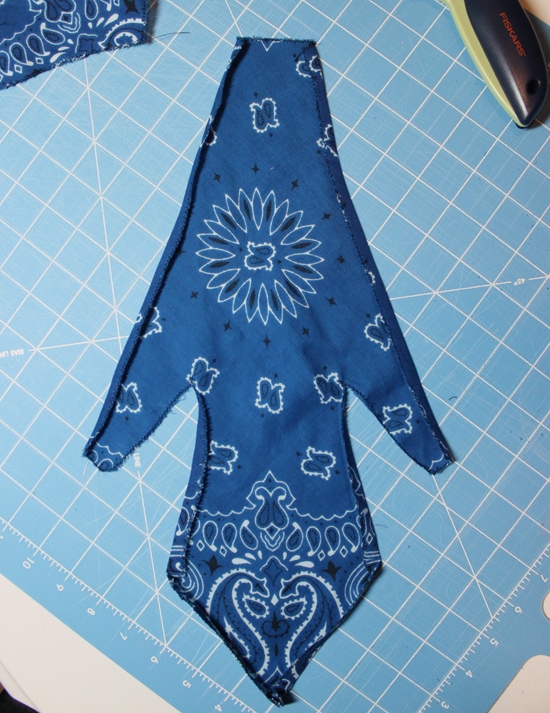 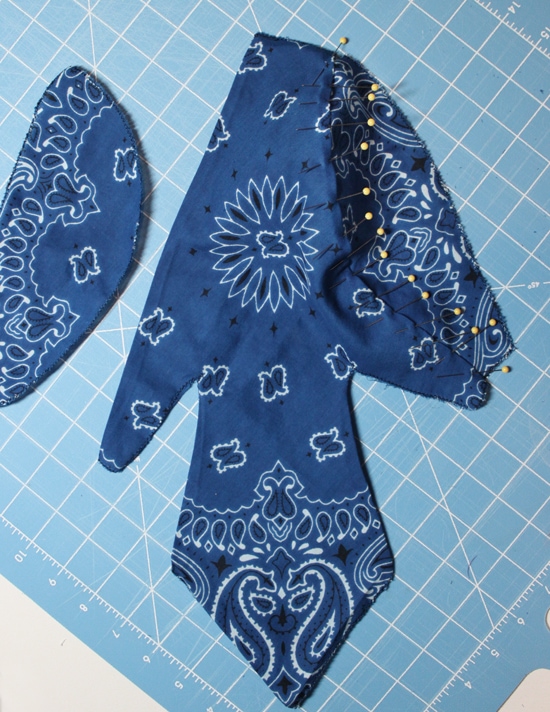 Sew one seam close to the fold, and a second seam a little closer to the middle of the cap. 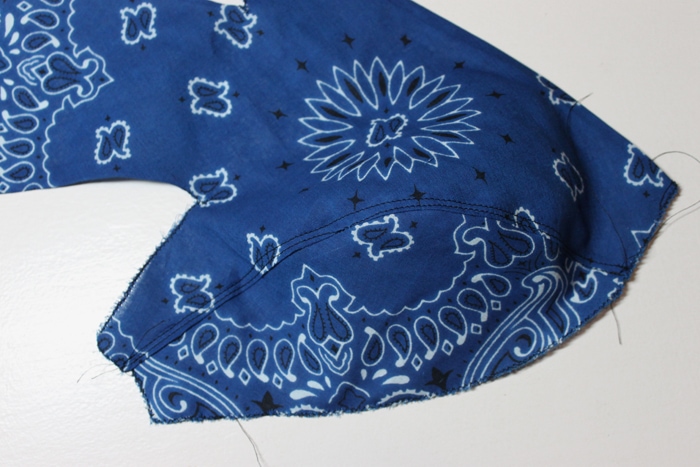 Repeat for the left side piece. 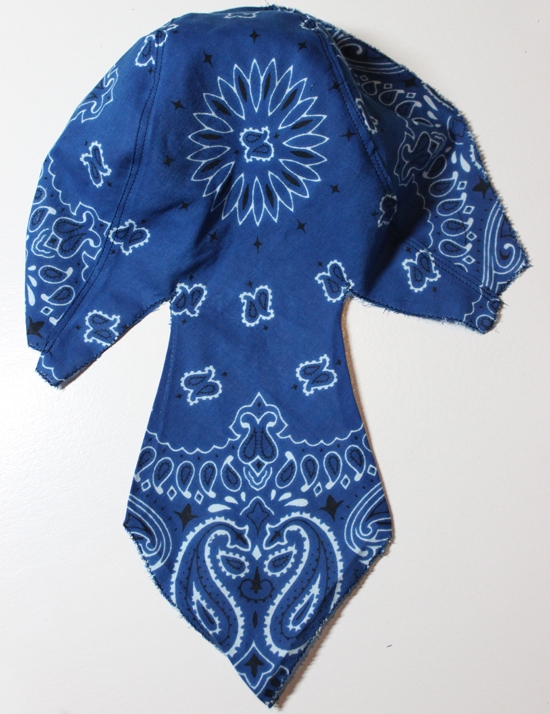 If your ends don’t match up at the bottom (square symbol on pattern), that’s perfectly fine. 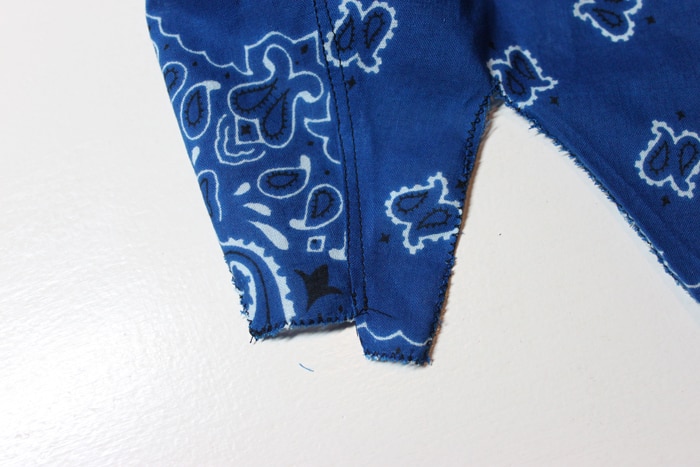 Just fold the ends over and sew it down. 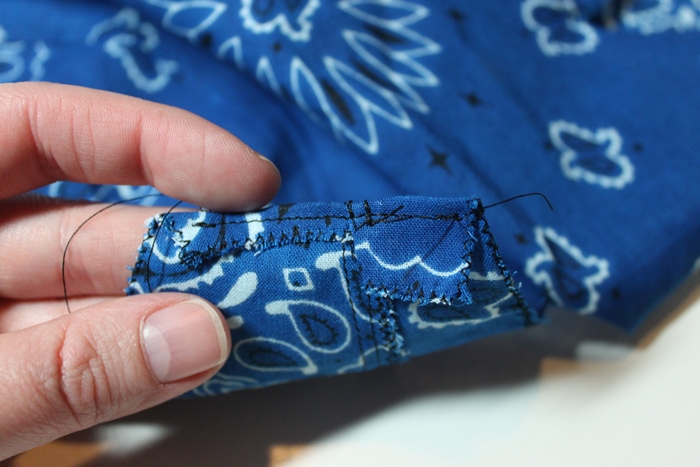 Now you need to close the gaps on the sides of the tail.  Hard to explain, but the photo should help.  Pin together with the tail part on top and sew close to the fold. 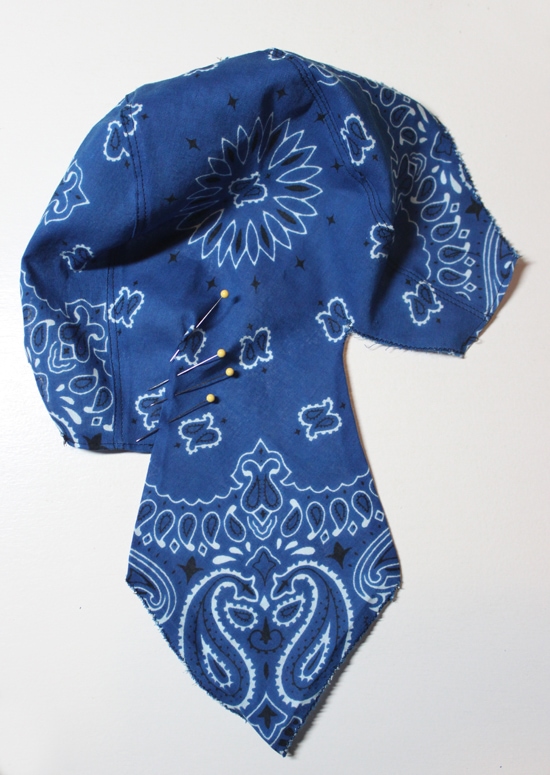 Repeat for the other side. 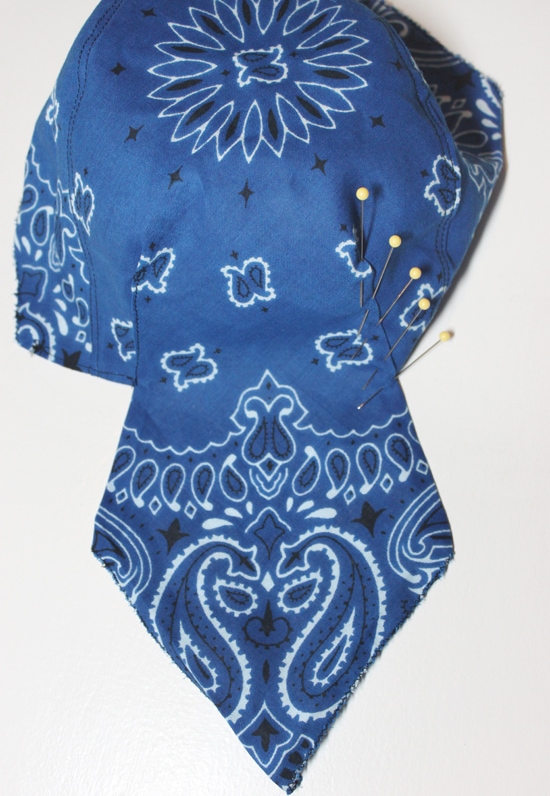 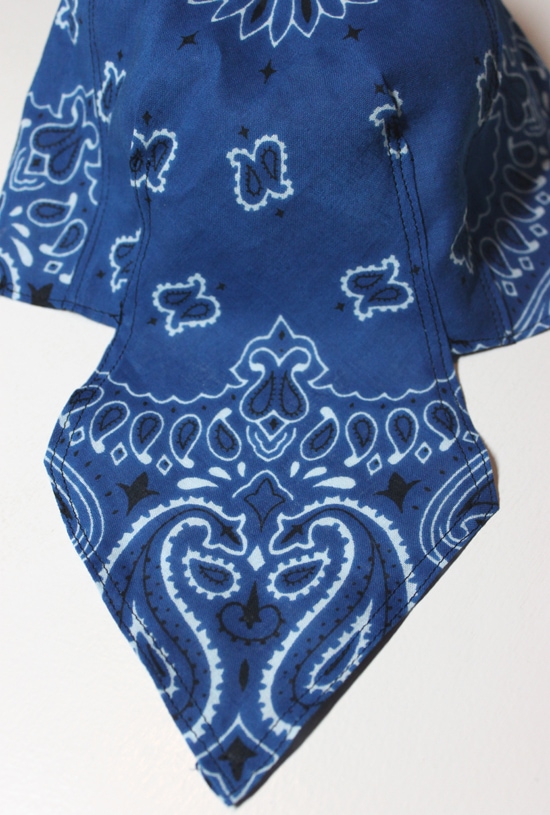 Next take those strap pieces that you cut off earlier and cut one of them in half down the middle.

Sew the two shorter straps to both sides of the longer strap to make one long strap.  (So long strap in the middle and short straps on each end.) 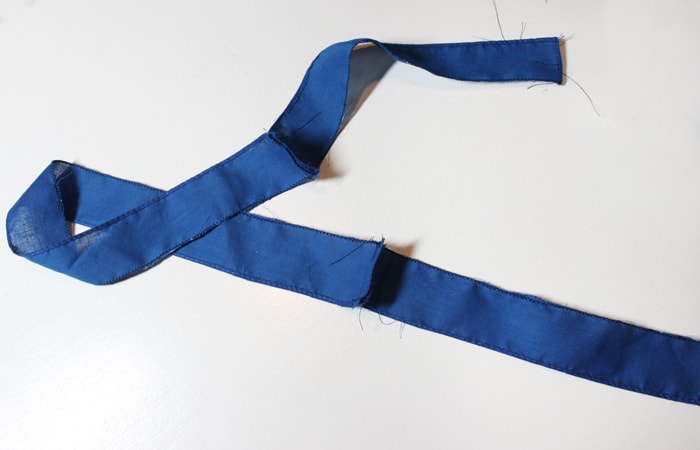 Fold and iron the long edges of the strap. 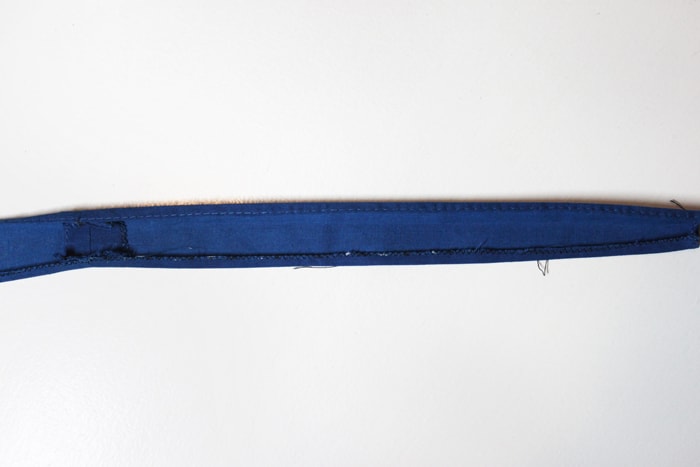 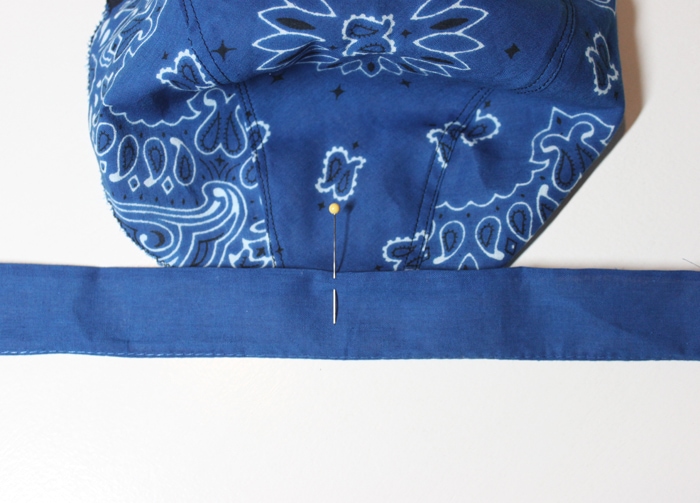 Pin the strap the rest of the way around the cap.  Sew all along the top of the strap, close to the fold, attaching the strap to the cap as you go. 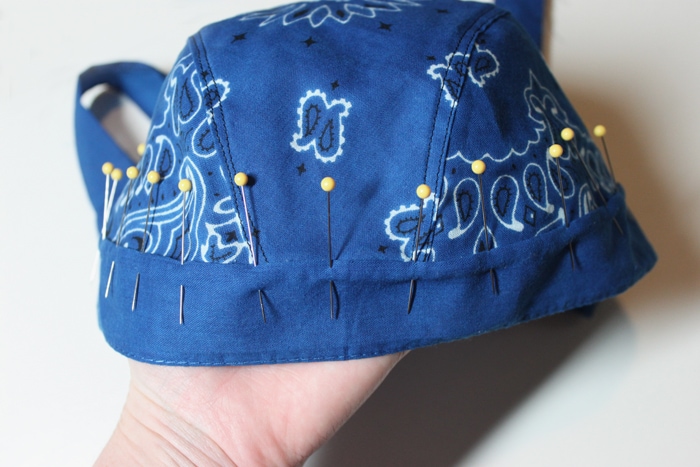 Sew another line slightly lower.  Sew the bottom fold of the strap to hold it up. 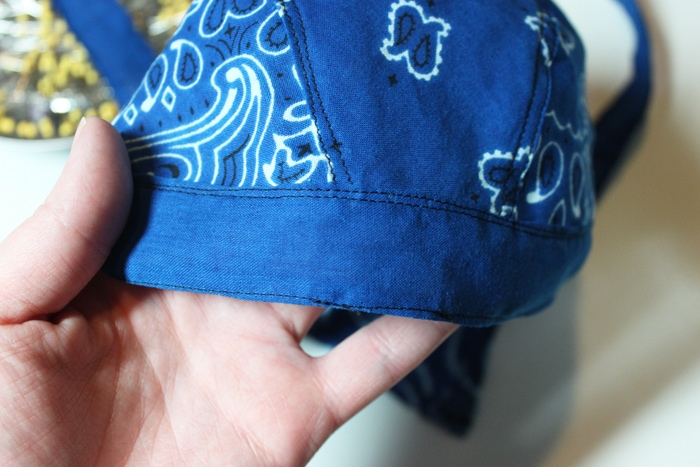 Fold the short ends of the strap over and sew them down.

To make the ends of the strap easier to tie together, we are going to make them get gradually smaller by folding and sewing them at an angle.  Start the fold close to the cap and gradually make it overlap more until you get to the end of the strap.  The end should be folded in half.  Iron this fold down. 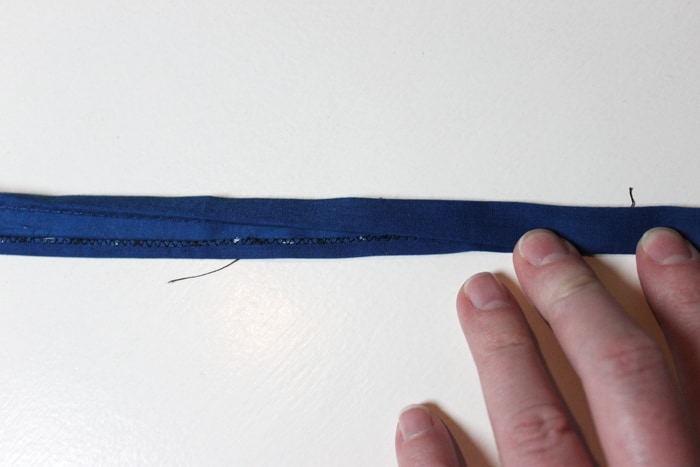 Sew two seams down the strap, one close to the fold, and one a little further away.

There you go.  Hopefully none of you ever have to use it for a child you know, but it would be a great service project for a children’s cancer treatment center or something like that. 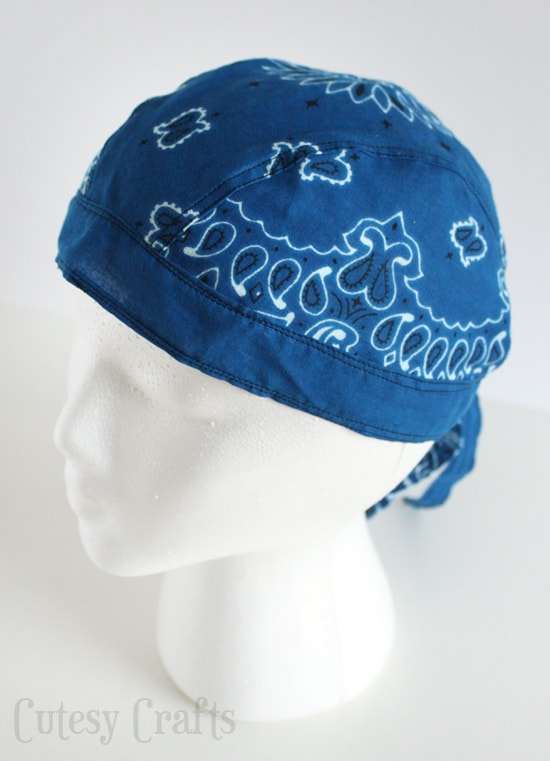 Is there a print out of the instructions? I have the pattern but didn't see printed instructions and it is 35 pages long to print the post.

Is there a video on you tube? It's sewing the tale and back tabs that I'm having trouble understanding.

No, sorry, I don't have a video. I made these so long ago, I honestly don't even remember how to do it myself.

This is amazing. Thank you for this. What size paper is used to print? 8x10

Can I share the pattern with our local ASG (American Sewing Guild) members? We'd like to have your pattern as an option for members making all forms of chemo caps. Thank You!

That's fine, as long as you aren't posting it online anywhere.