Guess what?!?!?  I made it into the finale of So You Think You’re Crafty with my PVC Pipe Puppet Theater!!!  I’ll be competing against Haley from Welcome to the Mouse House.  She’s SO super talented, so I’m a bit nervous.  She’s also really nice though, so if she wins, I guess we can still be friends.  🙂  I don’t have time to do a tutorial for my puppet theater at the moment because I am scrambling trying to get my finale project done.  I will have the full tutorial plus patterns up in the next couple of weeks so stick around for that!  **edit: see the tutorial here.**  In case you missed it, here’s the rundown on the theater:

For this week I made a puppet theater with a felt backdrop.  This is the kind of project that I love!  I got to use my imagination and design all of the fun elements.  The nice part about it being built out of PVC pipe is that when we are done, we can just take it apart and put it away. 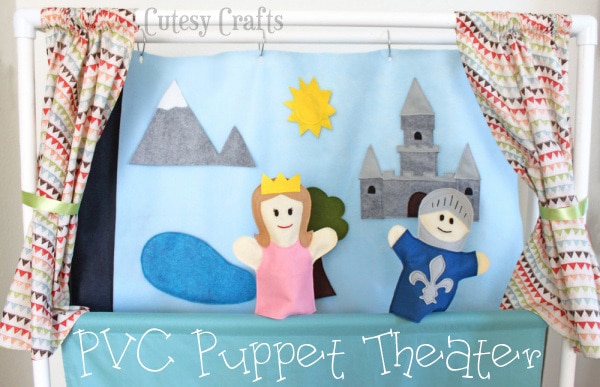 The puppet theater has curtains that open and close.  See the blue behind it?  That’s the backdrop! 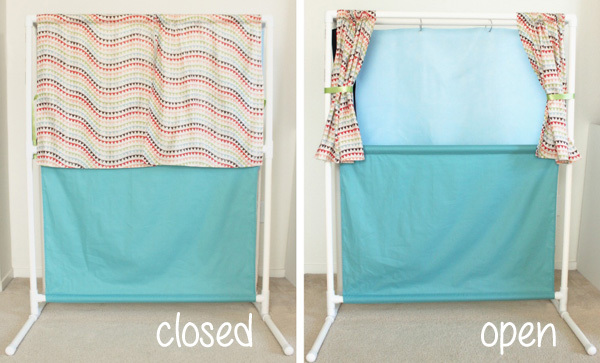 There are actually two backdrops on the theater.  A lighter one for day and a darker one for night.  They are on shower curtain rings so that they can easily slide back and forth into position.  So neat, right?! 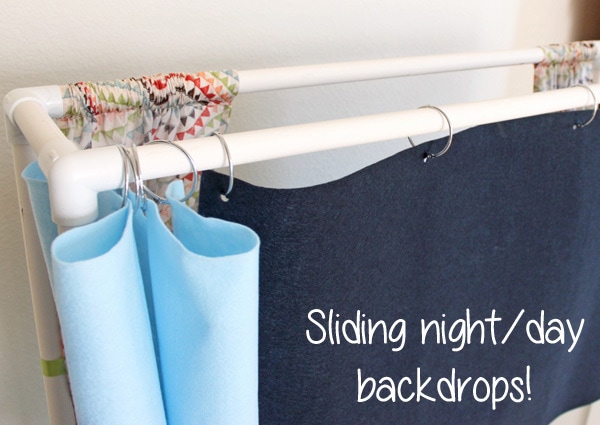 I made a bunch of felt scenery with velcro on the back to stick to the backdrops.   The castle is my favorite with a mountain in the background.  There are houses for a village scene, and, of course, we needed some indoor furniture as well.  The princess and knight puppets are also made of felt.  We will eventually have a dragon, but I wanted him to have a mouth that opens.  He will take a bit more planning. 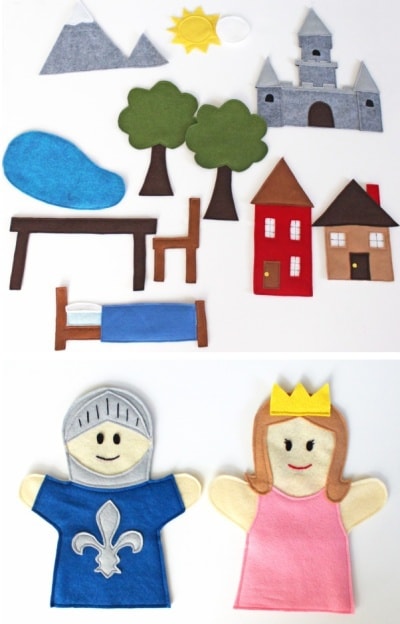 I love that the kids can set up the scenes however they want!  We can add more later and completely change the stories.  I have plans for another house and some pigs (3 Little Pigs) and some underwater themed scenery as well.  So fun! 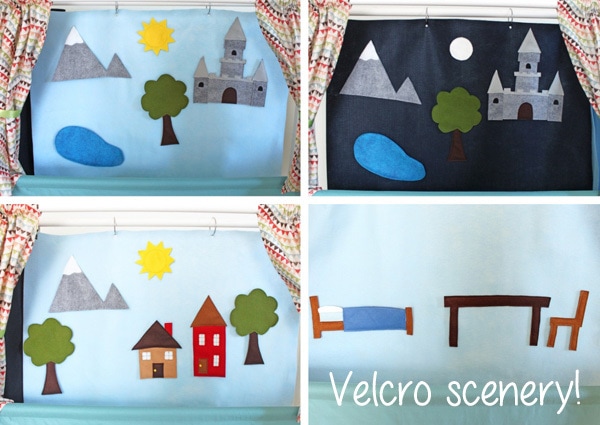 Wish me luck in the finale!!!

Thanks so much for posting, especially the specific pics with pipe measurements!

I love the "Puppets"! How did you make them?

How did you do the "puppets"? They are my favorite.

Thanks! I'll be posting a full tutorial with patterns and everything some time in the next couple weeks.

how fun! I voted you numero uno :o) can't wait see what you do for the finale!EMily @ Nap-timecreations.com