I am a member of the Collective Bias® Social Fabric® Community. This shop has been compensated as part of a social shopper amplification for Collective Bias and its advertiser. #FROZENFun #collectivebias

Guess what you guys?!  FROZEN comes out on DVD on March 18th!  We’ve been singing the songs, playing with the toys, and now we can finally own the movie!  To celebrate, we had a fun afternoon of toys, dress up, and waffle snowmen. 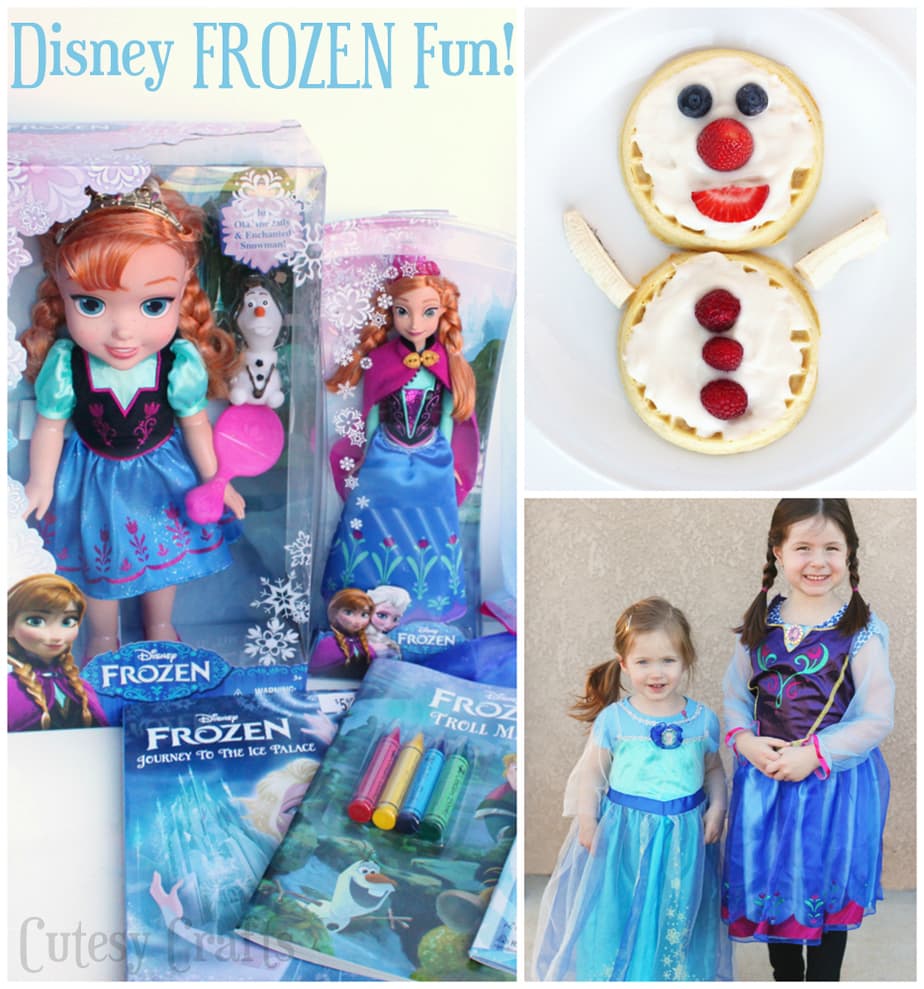 We headed to Walmart to get FROZEN toys and Eggo Waffles.  When the DVD is released on the 18th, there will be a price drop from $16.95 to $14.96 at Walmart.  You can also find a coupon in specially marked boxes of Eggo Waffles (24 count) for $5.00 off the FROZEN DVD. 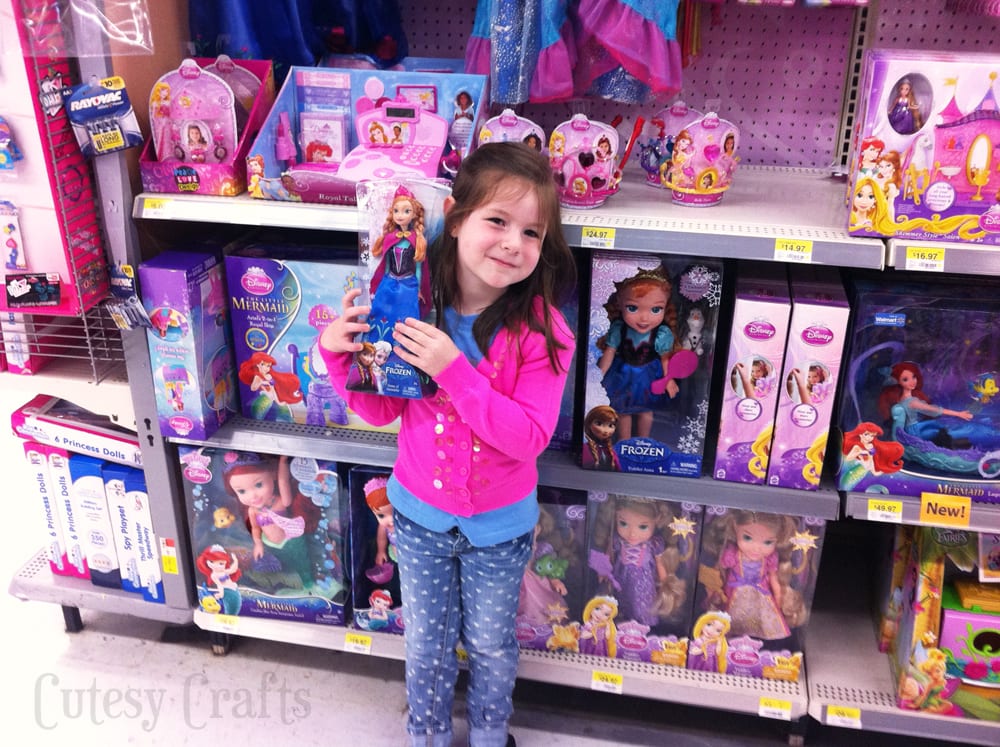 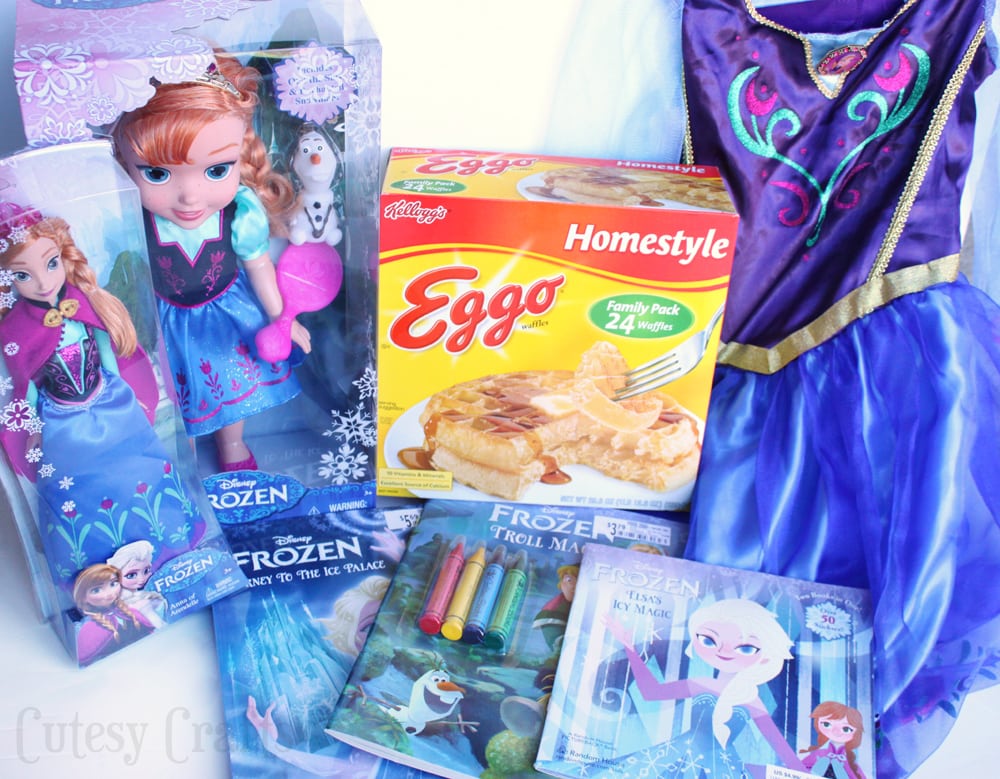 You know how much we love dress up around here!  These dresses are so pretty!  Audrey loved to have her hair braided into “tangles” to be just like Anna.  Yes, I know Elsa is supposed to be the older sister, but this worked out better with the hair.

After our photo sesh in the backyard, Audrey asked if they could put on a show for me.  I’m not sure what they were doing, but apparently it was hilarious.  Evan snuck in to be “the boy”.  Don’t know which boy he was supposed to be, but with that red hair (and the bothering of his sisters), we’ll say he was Hans. 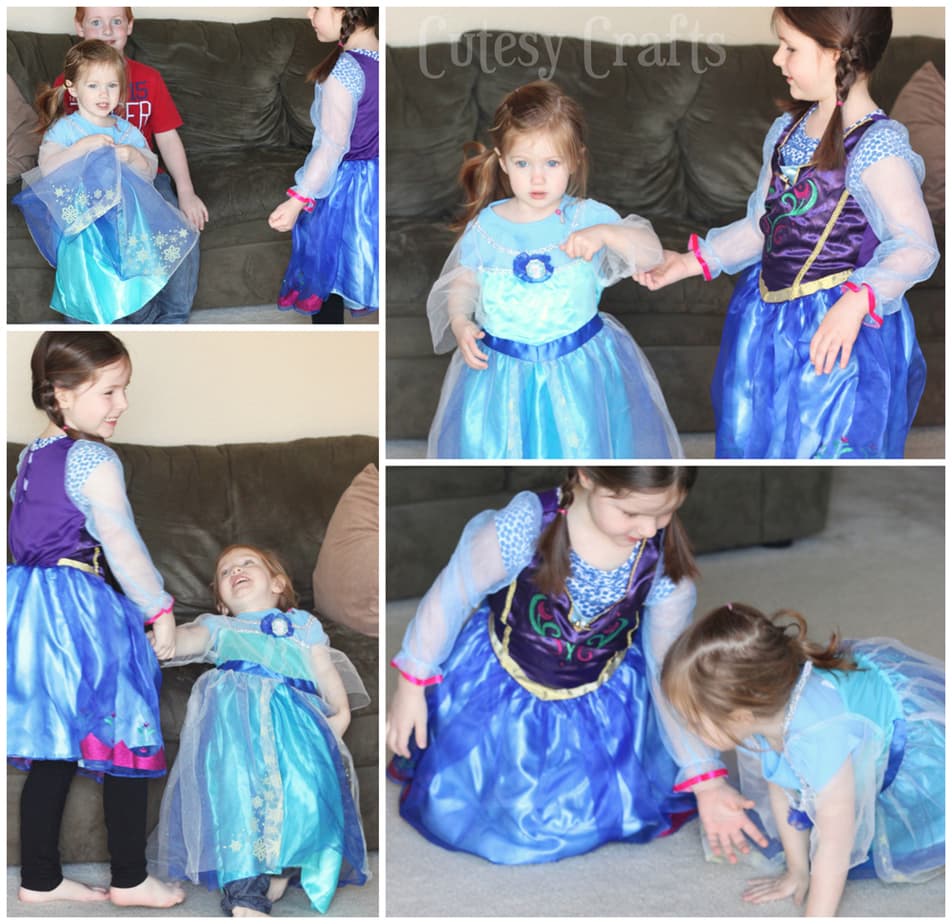 Leah is obsessed with baby dolls right now, so this Anna Toddler Doll was right up her alley. 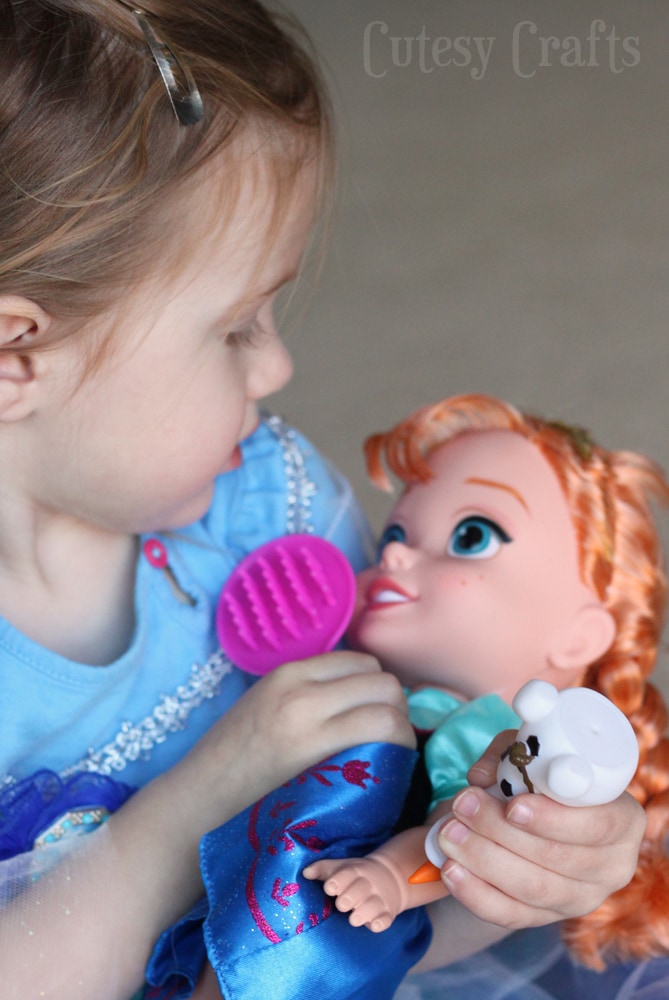 We already had an Elsa doll from the last post we did about FROZEN, so naturally Audrey wanted an Anna doll to go with her.  This Anna Sparkle Doll is so pretty! 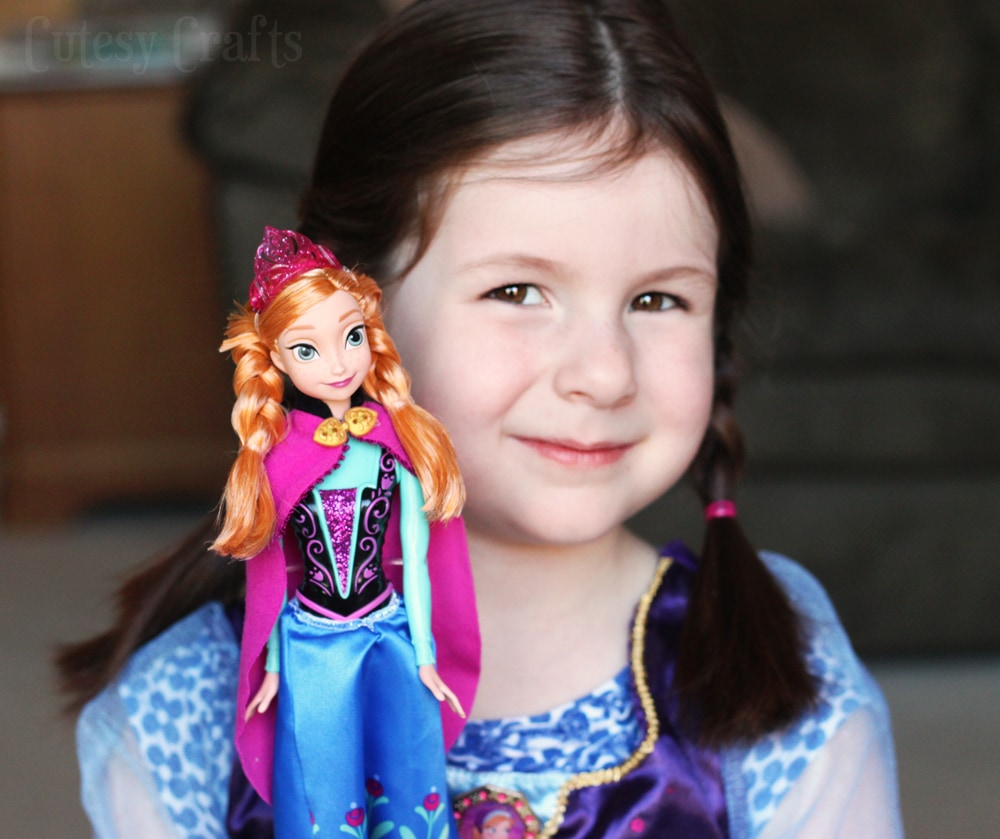 She was so excited to play with them together… never mind the fact that Elsa is wearing someone else’s dress. 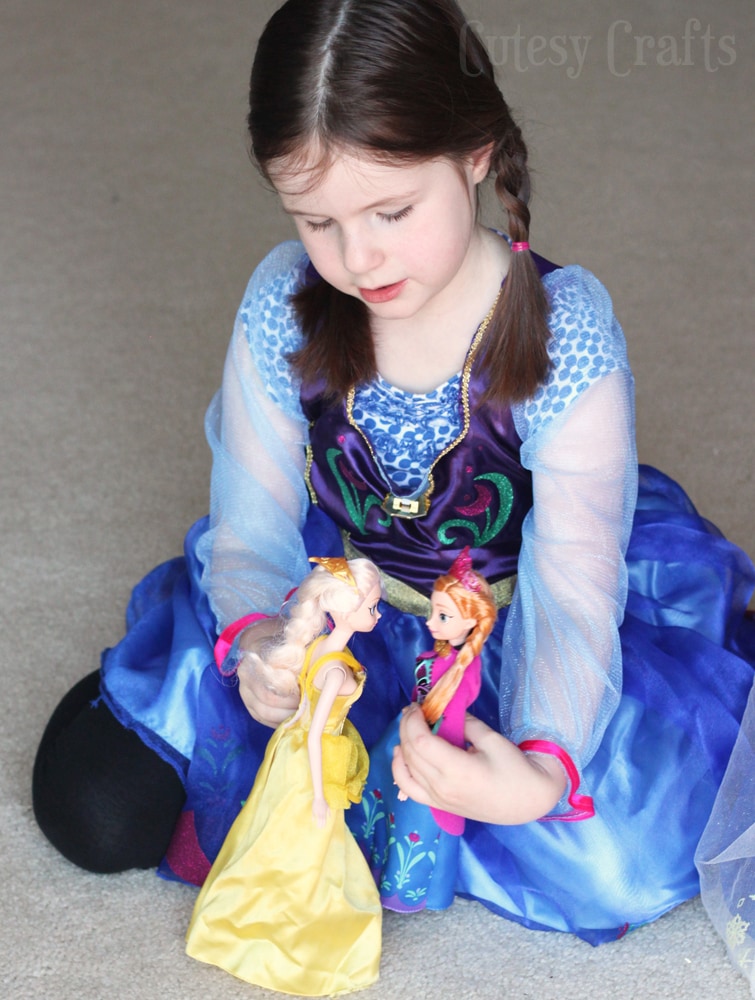 After playing around with our new toys, I toasted some Eggo Waffles to make waffle snowmen!  Just use two Eggo Waffles, some vanilla yogurt (snow), and fruit. 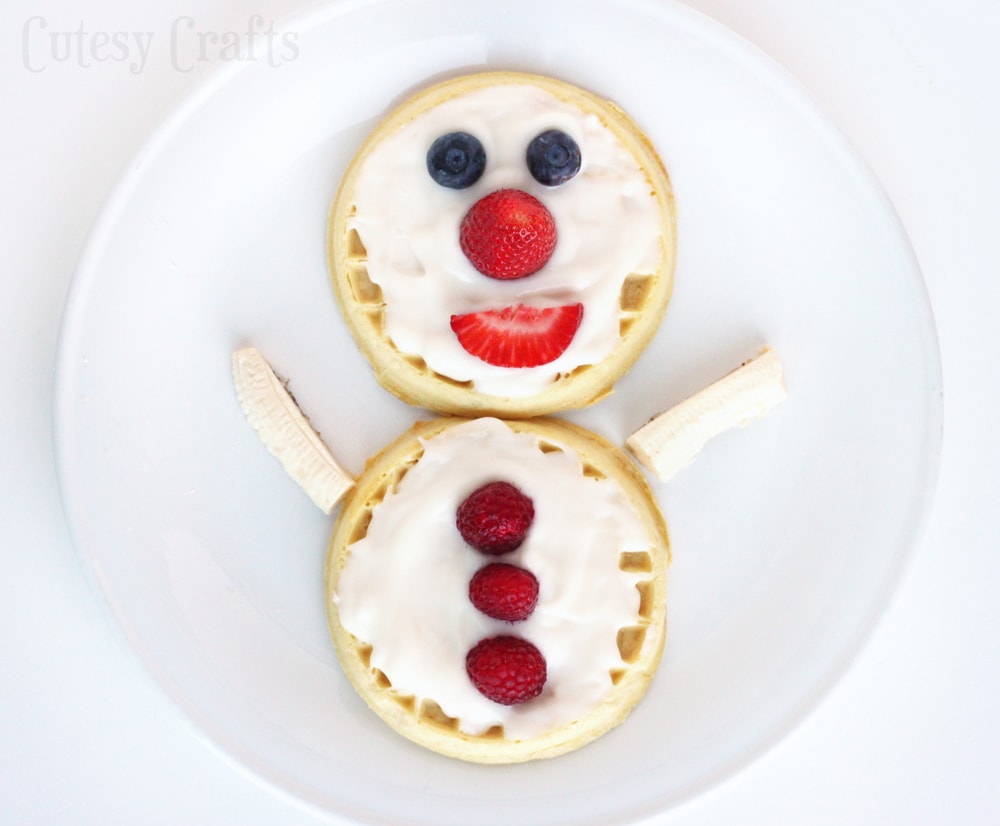 My kids loved making their own.  LOOK!  Anna and Elsa are building a snowman!!!  Sorry, I couldn’t resist. 🙂 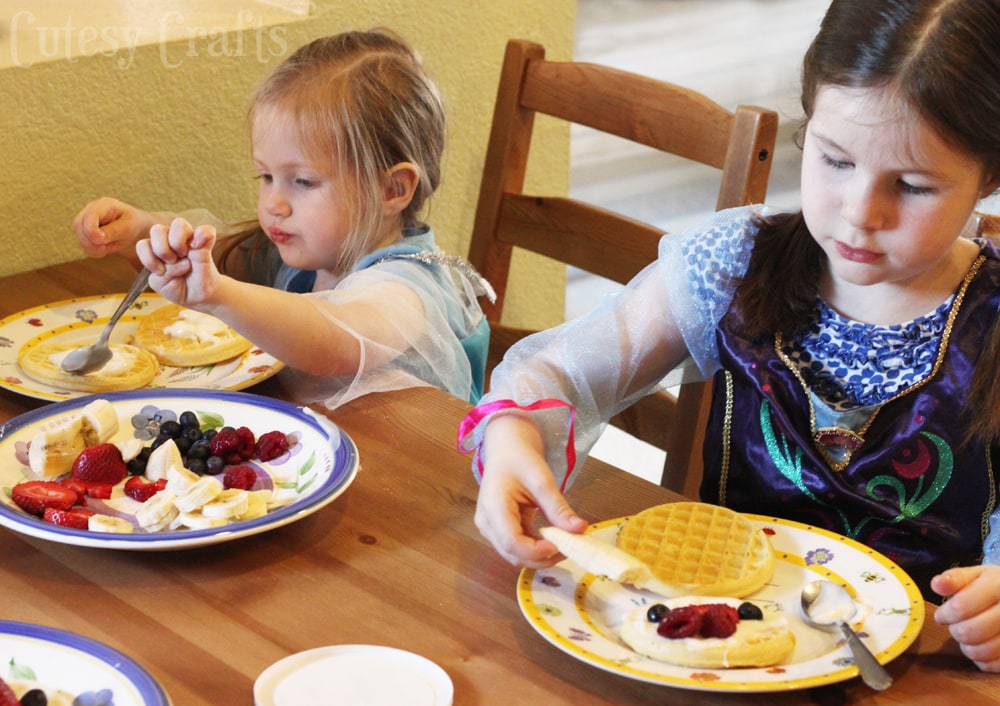 Many rounds of “Do You Wanna Build a (Waffle) Snowman?” were sung. 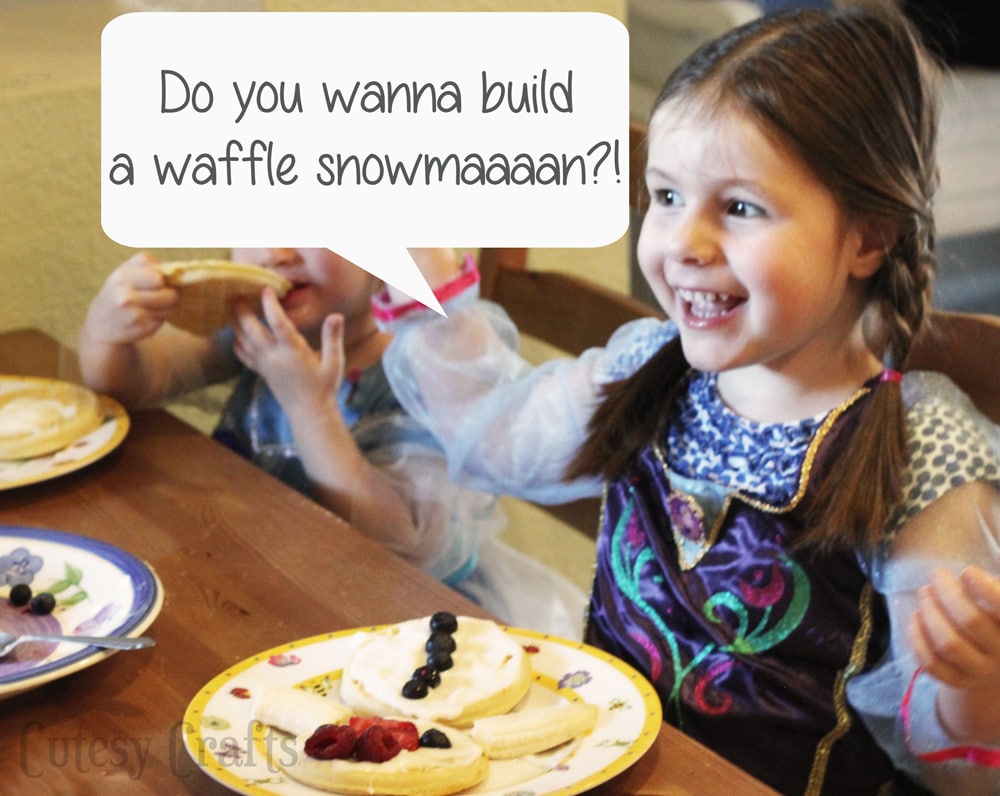 Audrey’s came out looking like this.  Haha.  Just keepin’ it real.  I think the raspberries were supposed to be eyebrows? 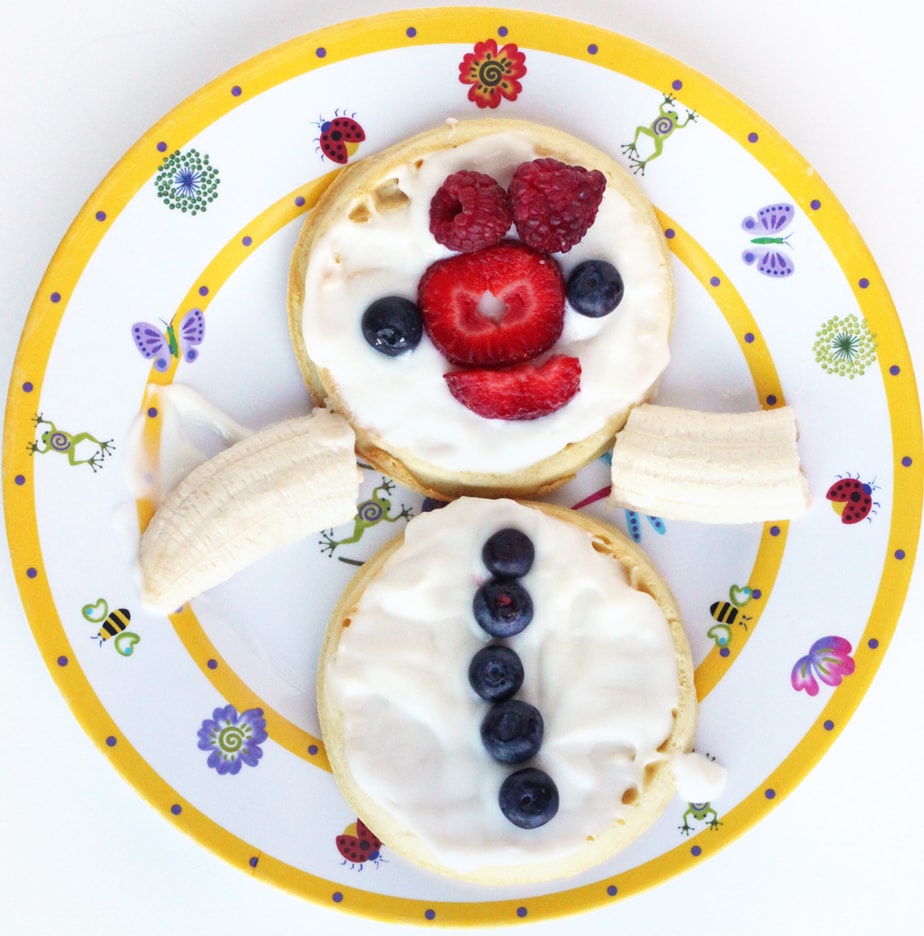 Such a fun day!  The kids are already requesting to make waffle snowmen again.  They were so tasty!

How cute is this?! Your little Audrey with her Anna doll is just precious! :) #client

Thanks Sara! She loves it!

So Darling! You have an Audrey girl too! My oldest is named Audrey and I love the name! You are such a fun mom!!

Awh! This is such a fun post. They look like they are having so much fun! The waffle snowman is such a cute idea!! I will have to try that one with my boys!

Thanks Tori. They had a blast! Someone asked Audrey what her favorite food was and she said "waffle snowmen" lol.

Aw, so fun! Love the photos of them dancing in their dresses :)

Thanks Bethany. Girls are so much fun!